Showing posts from June, 2016
Show all

How Do I Develop My Psychic Abilities?

* a response to a frequent question by Professional Tarot Consultant Ann George
It is my experience that this question is most often posed by two very different kinds of seekers, both since
re in their concerns, and both asking an important, perhaps life changing question.

To begin - I feel it is important to place the question in the context of the ideas of this century. After all, horror films, and fantasy series are popular, and captivating. There is no shortage of programs about the occult, mysterious creatures, portals in time and such.
Most modern media has portrayed psychics, seers and mediums in strange lights at best. One of the most tragic and sadly the most often true depictions is that of “psychic” who is instead a con artist, trickster, fraud or predator who poses as a psychic reader.

I answer phone calls regularly from people who have encounter these trickster readers. These tricksters are often very gifted, either at “cold reading” and following those “hits” to impress u…
Post a Comment
Read more

The Circle of Protection - Ethical Psychics Care for their Clients 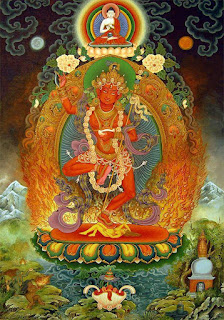 Many people are not aware that when a clairvoyant or medium sits down with his or her client to offer services (readings of any kind, medium ship work or divination) an ethical reader will always create an energetic circle of protection to contain both Seeker and Reader. The burden for providing protection falls to the seer by any name (shaman, clairvoyant, mystic, psychic, and medium are the most popular in Western culture.) The “world” as perceived by the 5 physical senses is just a slice of the fabulous mystery of existence.
There are worlds within worlds, multiverses, and beings of all kinds in both flesh and spirit. To ensure that the reader can open the door to the Akashic, see all that needs to be seen, and close that door without allowing any unwelcome energies or entities to enter is vital.
All good readers will ensure that you are safe in the session, that the space where your reading is provided is clear, clean and safe on all levels. I do this every time, every session and h…
Post a Comment
Read more
More posts